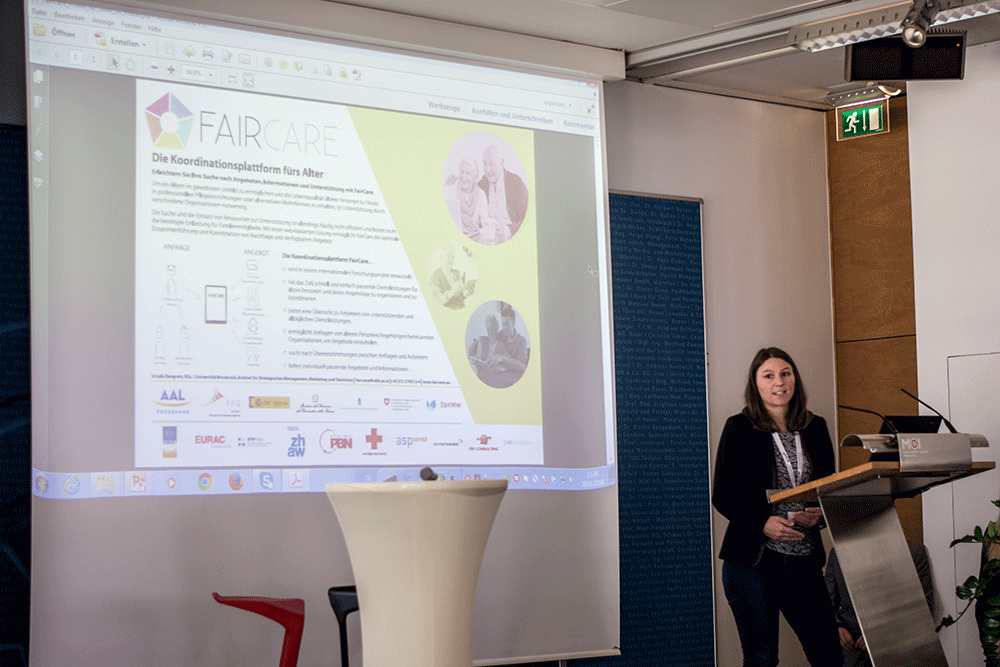 On November 29th 2016, the second time the AAL Summit Smarter Lives took place in Innsbruck. FairCare was represented at the fair on the booth of SIS Consulting GmbH and the Austrian Red Cross. Furthermore, it was presented during the Elevator pitches by UIBK.

The event was enriching for networking and interexchange on scientific approach planning and realizing. Several representatives of the Austrian and also Italian AAL community were present.

Want to join the discussion?
Feel free to contribute!

We use cookies. In this way, we want to make our websites more user-friendly and continually improve them. By continuing to use the web pages, you give your consent to the use of cookies.